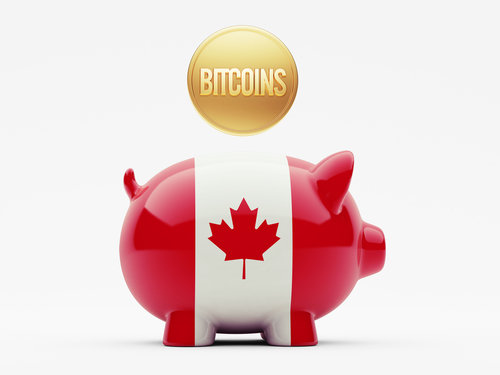 Two bitcoin exchange-traded funds (ETFs) have been approved in Canada. Evolve Bitcoin ETF has become the second bitcoin ETF to get approval by Canada’s securities regulator. The first approved bitcoin ETF starts trading Thursday. Some believe that the approval of bitcoin ETFs in Canada improves the chances of one being approved by the U.S. Securities and Exchange Commission (SEC).

Evolve Bitcoin ETF will also trade on the Toronto Stock Exchange (TSX), subject to the exchange’s approval. It will be “one of the world’s first physically settled bitcoin ETFs,” the company described, adding that there will be two offerings: unhedged ETF units (ticker: EBIT) and USD unhedged units (ticker: EBIT.U).

The bitcoin ETF is exciting news for investors. Investors will be able to trade bitcoin on a regulated stock exchange. It will be as simple as buying shares through their bank or brokerage.

Evolve Bitcoin ETF will provide investors with exposure to the daily price movements of the U.S. dollar price of bitcoin, the company detailed. “The ETF will not seek exposure through derivatives or futures contracts and will be backed directly by physically settled bitcoin holdings.”

The crypto community applauds the Canadian regulator for continuing to approve bitcoin ETFs. Some believe that the U.S. SEC will follow suit and approve a bitcoin ETF this year. Among them is Twitter user “Mags,” who believes that two approved bitcoin ETFs in Canada “raise the likelihood of a U.S. ETF launching in 2021.”

The user added that “Most (if not all) of the SEC’s prior concerns have been addressed,” emphasizing that government officials and regulators “look to competing jurisdictions, particularly with respect to innovation – the precedent has been set.” Several bitcoin ETF proposals have been filed with the U.S. SEC.

CFOs and Financial Advisors Have Different Concerns About Bitcoin